Imām Sa’īd b. Al-Musayyib – Allāh have mercy on him – once saw a man praying more than two rak’ah after the beginning of Fajr, making many bows and prostrations, and so he forbade him.

The man said, “O Abu Muḥammad, is Allāh going to punish me for praying?” Sa’īd said, “No, but He will punish you for contradicting the Sunnah.”

This is one of the superb answers given by Sa’īd b. Al-Musayyib – Allāh have mercy on him. It is a strong weapon against heretics (mubtadi’ah) who recommend many different types of religious innovation in the name of them being dhikr and prayer. They then criticize the followers of the Sunnah for criticizing them, and accuse them of censuring dhikr and prayer, when in fact [Ahl Al-Sunnah] are only criticizing the contravention of the Sunnah in matters such as dhikr and prayer. … END_OF_DOCUMENT_TOKEN_TO_BE_REPLACED 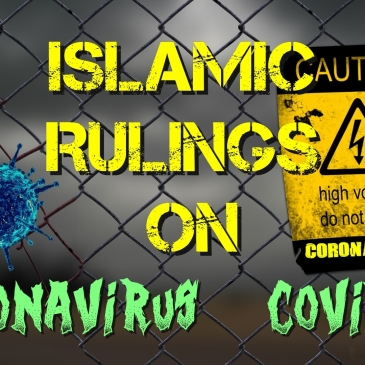 The Messenger ﷺ, peace and blessings be upon him, said: “If you hear of a plague in a land, then do not go into it. If it happens in land where you are, then do not go out of it.” (Bukhari & Muslim)

Any servant who resides in a land afflicted by plague, remaining patient and hoping for reward from Allah, knowing that nothing will befall him but what Allah has decreed, he will be given the reward of a martyr.” (Bukhari) … END_OF_DOCUMENT_TOKEN_TO_BE_REPLACED

There, I saw a person sitting and another standing with an iron hook in his hand pushing it inside the mouth of the former till it reached the jawbone, and then tore off one side of his cheek, and then did the same with the other side; in the meantime the first side of his cheek became normal again and then he repeated the same operation again. I said, ‘What is this?’

They told me to proceed on and we went on till we came to a man Lying flat on his back, and another man standing at his head carrying a stone or a piece of rock, and crushing the head of the Lying man, with that stone. Whenever he struck him, the stone rolled away. The man went to pick it up and by the time he returned to him, the crushed head had returned to its normal state and the man came back and struck him again (and so on). I said, ‘Who is this? … END_OF_DOCUMENT_TOKEN_TO_BE_REPLACED

An-Nawawi may Allah have mercy on him said: It is mustahabb to pray two rak‘ahs or more before ‘Isha’, because of the hadeeth of ‘Abdullah ibn Maghfal,

“Allaah will build a house in Heaven for whoever is diligent in observing 12 Sunnah Rak’aat (as follows): 4 Rak’aat before and 2 after the Dhuhr (Midday) Prayer, 2 after the Maghrib (Sunset Prayer), 2 after the ‘Ishaa’ (Evening) Prayer and 2 before the Fajr (Dawn) Prayer.” Hadith sahih … END_OF_DOCUMENT_TOKEN_TO_BE_REPLACED 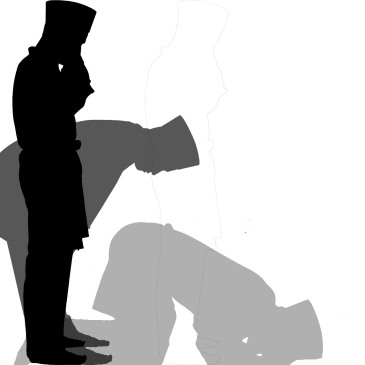 Alhamdulillah, it has become common place that brothers or sisters raise their hand at apropriate times in their salaah, however the knowledge has not reached every Muslim in the dunya, and many times people are persecuted for raising their hands when other members of the jama’ah are not raising their hands.

For those looking for proof, below I have compiled a list of Sahih Hadith that mention the same, from rasulAllah (saws) to his sahaba r.a. … END_OF_DOCUMENT_TOKEN_TO_BE_REPLACED

You want your dua accepted… Allah will accept their dua and they will be responded to, and if you perform wudhu and pray, your prayer WILL be accepted! HOW? … END_OF_DOCUMENT_TOKEN_TO_BE_REPLACED 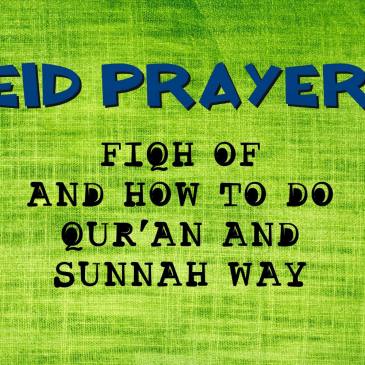 It was narrated that Abu Sa’eed said: The Messenger of Allaah SAWS (peace and blessings of Allaah be upon him) used to come out on the day of al-Fitr and al-Adha to the prayer place, and the first thing he would do was to offer the prayer. Narrated by al-Bukhaari, 956 … END_OF_DOCUMENT_TOKEN_TO_BE_REPLACED